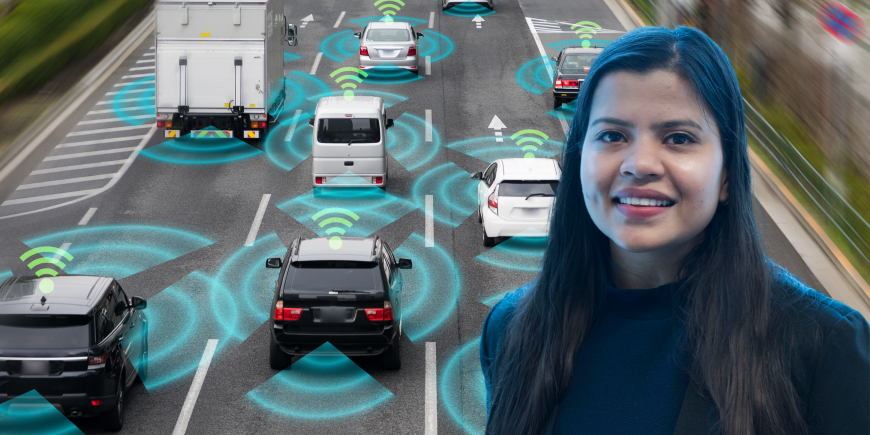 Priya Gupta: "Even if sometimes the meetings are brutal, they are having a clear goal"

Did you always know you wanted to be an engineer?

As far as I recall from my childhood, I always wanted to be an engineer, reading all the slam books I filled in which I always wrote that I wanted to be a computer engineer. I was very fond of computers. I got my first PC when I was in seventh grade. I was very excited for all the tasks which it was doing, for example Winamp and burning CD’s. It always gave me a kind of excitement to do something on my personal computer.

Can you tell us more about your professional education?

I have my higher second education from CBSE India. Then I did my computer science engineering education at UPTU Lucknow which I completed in four years. And after that I did a post grad diploma in Advanced Computing to learn more about supercomputers and how the programming languages work in interaction with each other, for example Python, Java, C++. I got to know more about how this works in real life scenarios. For example, working on a supercomputer in client-server-based technologies, those kinds of things.

Can you tell us just a little bit about the nature of your first job?

I was hired by a automotive software integration partner after completing my education directly form my campus of C-DAC. I worked with them for three years in India. I was given a training for six months and then I could choose from  two options whether to go on in the field of business analytics or to continue in automotive.  Connecting my OBD cables to my computer and seeing what’s happening and changing and testing those things really excited me. I told to my delivery manager that I wanted to go ahead with that position. I started working after a training as a testing verification engineer. I really liked to work there but after three years I wanted to learn more about the different pillars in the methodology. I decided to switch my job.

You then started working in Europe. How did that happen?

I was hired by a leading technology service partner. that was my second job. I went to work for them in Sweden, for almost one year. I really liked the work culture, more specifically the work-life balance. From working there I learned that no experience is needed to be opinionated about anything. The culture in Europe is also less hierarchical than in India. Because my employers in Sweden only had contractual based work for me I started looking for a permanent job. So when I got an offer from the Netherlands I accepted it.

Was Europe a culture shock for you moving from India?

Yes, In India as far as I see people don’t differentiate between work and personal life. The people we meet at work we mostly become friends with. The first culture shock for me in Sweden was that you don’t have to be friends with the people that you work with. They have a very distinct kind of way to differentiate between at work and after work. I specifically remember that asking a colleague to go for a coffee after work is really something that can be taken the wrong way! I really like the European learning methodology. In India if you are a manager you are practically the only on that has an opinion. It’s always based on hierarchy but in Europe, if I have new ideas the VP can walk into my room and just say “Oh, that is a very good idea!”. So I really feel there are some culture shocks that are actually very positive. There is very direct communication, not beating around the bush. If I do something wrong, I just hear it the next day. I don’t have to wait for my appraisal meetings next year.

What attracted you the most about the Netherlands?

I think the idea of time is money! The punctual things: timing, planning business strategies and negotiations.  Even if sometimes the meetings are brutal, they are having a clear goal. I also like the biking culture, because I was not very fond of driving in India, so I was having a hard time with public transport, the ease of biking here is very nice! People in The Netherlands also indulge a lot during lunch breaks, they just ask about how is going on weekends, it’s not like working with robots. My Dutch co-workers are not kind of dominant about their language and they just talk English to me. I feel like being part of the organisation.

What is your current role?

I’m a test and verification engineer at Ebusco and now I am kind of forming a team for Ebusco of software engineers for testing Ebusco 3.0 buses. It will be mostly for making testbench simulations, and helping them to make the requirement management and ecosystem in the Ebusco toolchain such that it is connected from the requirement phase until the production phase.

It sounds like you’re doing quite a lot. Which additional skills do you bring to the team?

Because I have a background in computer science, I am good in Python, I also help my colleagues in addressing their analytics issues. My analytic skills for data is one of my expertises. I can sort data out in a good way instead of doing it manually in Excel. So, I help them in doing those monotonous things in an automated way using Python.

You’re very enthusiastic about verification aspects and validation. What is the kind of technology that you use in your job every day and what do you see for the future?

For the verification validation we are using tools from Vector, all kinds of ECU simulations on a bench, so you don’t have to go to a bus to test. You can simulate the bus on your bench and do all those kinds of scenarios which you think of from end user perspective. Everything can be done while sitting at your PC without going into the production site and getting your hands dirty. And so that’s the benefit of being a computer science, plus automotive and verification validation engineer, yeah!

So you bring new technologies into already existing test methods and make life for a lot of people easier.

Yes, kind of avoiding the traditional process of testing. The traditional stereotype about testers is that they just press the buttons on things, but it’s not like that. Nowadays testers are the ones who are simulating the whole product on a bench or on a kind of test facility. So it’s not always required to produce crazy scenarios on the production site, and you get better results just simulating things on bench using the behaviour-driven development.

What kind of roles you speak most often to? For example, project managers, production people?

As a tester you cannot avoid any kind of stakeholder, since the requirements come from a sales perspective, you have to be a part of the requirement elicitation process. Later with the developers and the design process, you also have to talk to them whether the requirement they are writing is testable in nature or not. Later you have to test those requirements, then you have to talk to assurance department, quality assurance, whether the qualitative results that you bring on table are good enough for certifications. And then the production facilities also sometimes want to know from you whether you consider this test case as a high priority. As a tester you really have to be in communication with all the stakeholders. 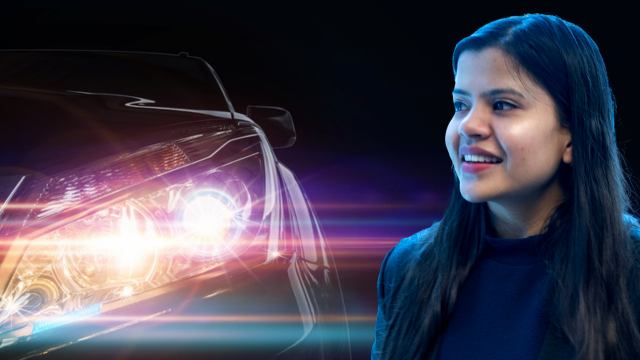 As a tester you cannot avoid any kind of stakeholder. 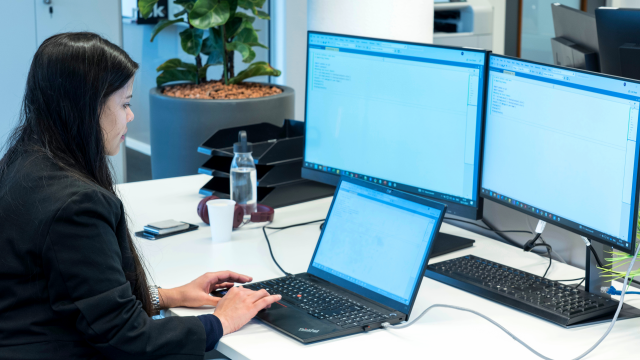 I also help my colleagues in addressing their analytical issues.

How did you get in contact with BRACE automotive?

I kind of developed a passion to work in automotive domain. I also like the freedom of projects, being a consultant. When I saw a LinkedIn post from BRACE I connected with Jelle Claessen, their senior account manager. We were in contact for some months and then I joined BRACE.

And what did you base your decision on to join BRACE?

I was impressed with all the clients that BRACE works for. All automotive companies which is what I wanted. So this is the first thing which gives me confidence that I will be surviving in the industry that I like. And I also like the kind of conversation I had with Jelle, he’s very open, just wanted to know what I wanted to be doing in the coming years. He took me to the client location and introduced me. He guided me all the way and kind of shared every step, good or bad ones without any kind of opinions about things. It’s really nice to see that employers like BRACE exist.

We have many different nationalities working from the BRACE Eindhoven office. How do you like to work in this international environment?

I really like it, because there are certain cultural similarities or mismatches, so it’s a kind of story thing. If someone shares a story of their nationality at the  lunch table, it’s becoming an interesting topic for everyone, because everyone is kind of doing things with different perception, but the end goal is the same somehow. So it’s good to know different views and opinions. It has also improved my knowledge about different nations and cultures.

What do you feel about the Dutch culture? Is there something that stands out that you think that’s very strange or funny?

About the food. I feel the Dutch like potatoes too much, so now I told them some new techniques of making it instead of just standard. So they now can do it with a kind of dry fenugreek leaves. I learned from them that I don’t need to make fancy sandwiches for lunch I just have to go to AH to go to get one ready for eating. Now I don’t have to spend 60 minutes of cooking to eat for just 10 minutes, this is actually really good logic.

Where do you see the challenges for the current automotive suppliers and manufacturers on this domain?

The data analytics part of automotive domain is really important, so no one wants to just give their data or their analytics for free. So it is going to be a big challenge to save that data because it’s for whole fleet management systems. All manufacturers will be moving from the independent vehicles to connected vehicles. In the future it will not be one bus or one train or one truck, they will be all connected using telemetry systems.

Where do you see yourself going in your career?